I hosted another fantastic weekend of gaming about a weekend ago at Salishan. We enjoyed our largest crowd ever, peaking at about 15 people, and though things were a bit crowded the gaming action was non-stop and very fulfilling. You can see more photos at my Flickr site. You should also check out Mike's posts on day 1, day 2, and day 3. 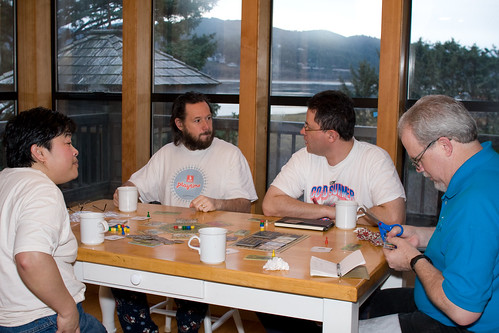 As for the games I played, there seemed to be a higher percentage of heavier games than in years past. Here's the list: 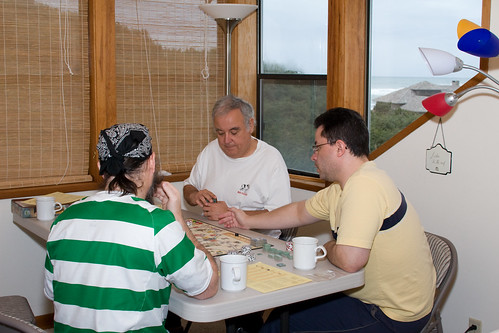 I was thrilled that Jacob came along and spent much more time boardgaming than Wii- or XBox-gaming. He and Brandon stayed very engaged with us boring adults throughout the weekend and each won their fair share of games. 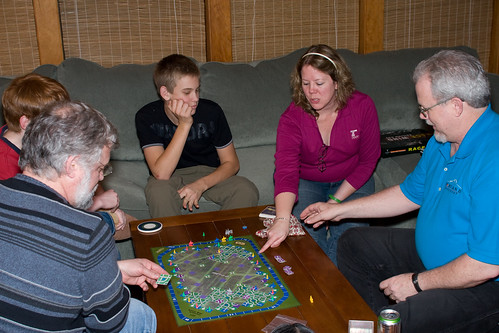 Not that there wasn't any Wii action going on. 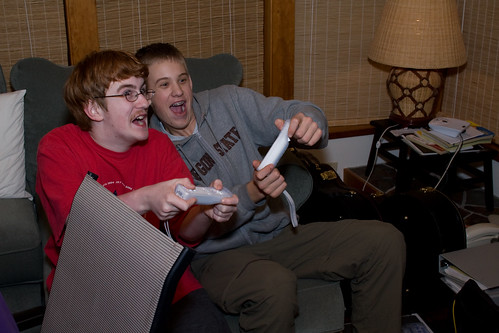 KC (and sometimes Jacob) and I entertained (?) everyone with some acoustic guitar playing and singing. KC and I have a nice partnership going - I choose the songs, strum the simple chords, sing lead vocal while KC improvises solo lines while singing harmonies. 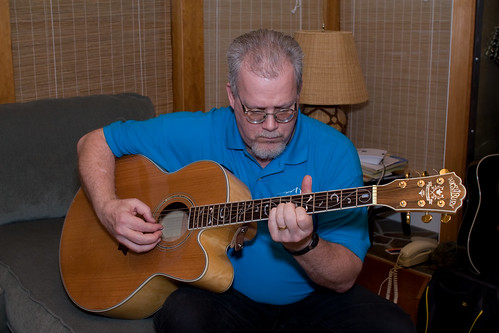 Thanks to my guests for being such nice... guests, and thanks to the cooks for preparing meals for all of us. Until next year!