Last Friday I hosted an evening of 18XX gaming, a rare pleasure these days and as satisfying as always. We had enough people to split into two separate games - 18AL and 18Scan. Couldn't talk Jacob into playing this time - he covets his free weekend evenings which is the only time he gets to play video or console games. 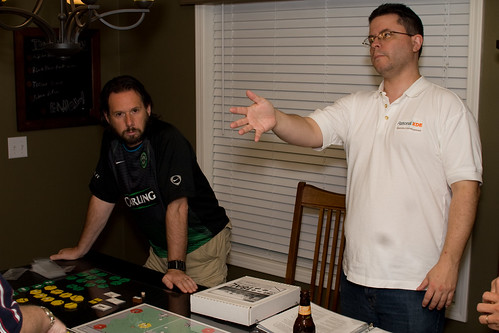 Eric has become our 18XX guru in terms of collecting and teaching the games. He led the 18AL game while Matt, George and I struggled through the rules for 18Scan. His version of 18AL is like mine - mostly hand-made but with nice components. Still, it underscores how amazing the productions from John Tamplin at Deep Thought Games are - I hope he continues to do his craftwork. 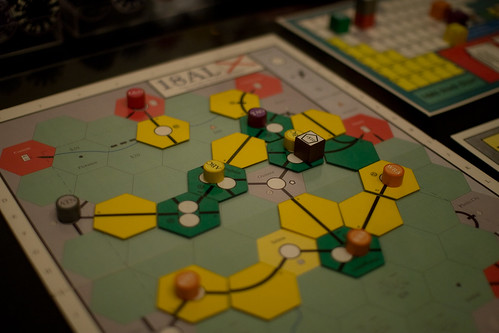 My impression of 18Scan is that is short, sweet, but has a few more tricky rules than the other short games I've played. I stayed out of some of the initial private company auctions and let Matt and George fight over them, hoping to preserve some cash to get a head start on the public companies. 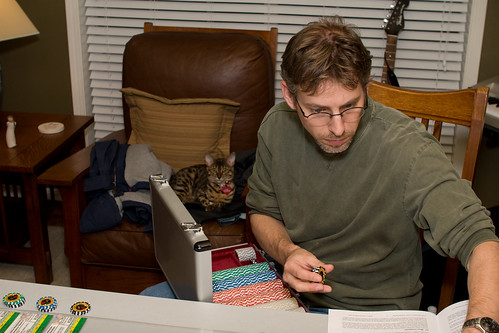 This strategy served me well - for a while. I think I was probably in the lead for most of the game, but as I hit my certificate limit near the endgame I got a bit restless and did a stock transaction that I was to regret. I sold a share of one of Matt's companies but failed to realize that it wouldn't reduce the share value. His company continued to soar while I gained little to nothing in the transaction. It was an extremely close finish, with Matt edging me out by about 100 Kr and George a bit further behind me. This game took about 4.5 hours to finish, but would likely take 3-3.5 hours if we ever manage to play it again. 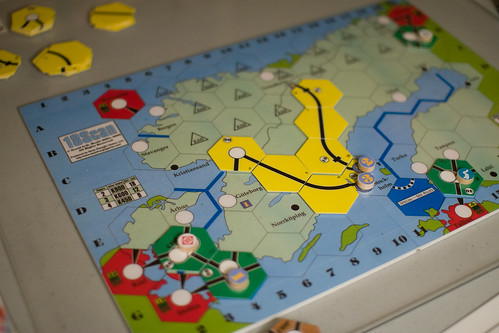 Julie's uncle was in town last weekend and we brought out Ticket to Ride: Europe as a gateway / introductory game to teach Bill. He caught on quickly and I think he enjoyed it quite a bit. I pulled out a slim margin win, with Jacob coming in a close second. I was able to focus on eastern Europe without too much distraction, allowing me to finish 5 tickets including a long run. 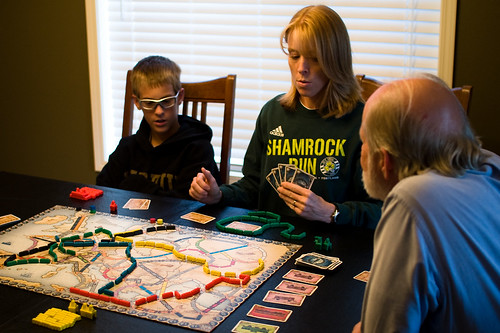 Julie and I golfed at Rochelle Ranch Golf Club, an excellent muni in Rawlings WY.

Julie and I returned to the amazing Wild Horse Golf Club in September. It was our first of three golf stops on our long drive out from NY to OR.

NY to OR Tesla Driving Report

We are in Salem Oregon, having nearly completed our 3,000 mile drive from NY in our Tesla Model Y.

We are leaving Keuka Lake NY earlier than usual this year.