The transition from Koblenz into Koln is pretty dramatic - it became clear that we were leaving the hills and forest of southern / central Germany and heading into more flatlands with occasional rolling hills. Our one destination in Koln was the famous Dom Cathedral, an impressive structure that dominates the landscape of the city.

The Dom is a major tourist attraction, and the crowds were the largest we had yet seen in Germany. The inside is dramatic, with impressive stained glass and unbelievably tall ceilings. 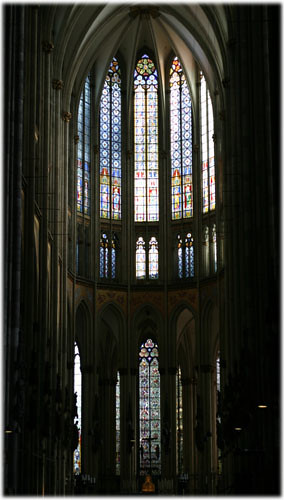 We opted to climb the bell tower to get a sense for how tall the cathedral really was, as well as to get some needed exercise. Along the way we passed the immense bells and large groups of tourists returning down the spiral stairs. The stairs are actually in three discrete sections with two of them offering extremely narrow passage. 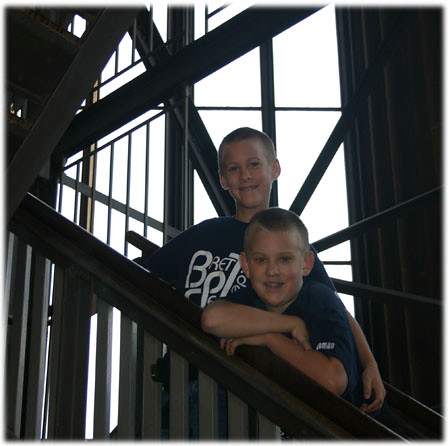 The view from the top made the climb worthwhile. This is a good time to reflect on just how amazing the weather was for the trip: most days were clear, 60s to low 70s, and we barely noticed any precipitation for the entire 12 days of our trip. This is as unusual in Germany in October as it is in Portland. 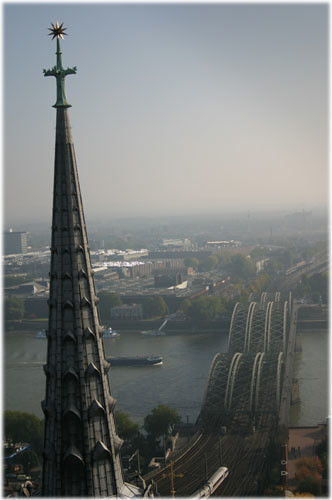 Our touring complete, we climbed in the car and completed the final drive into Essen to check into the Hotel Arosa. It was a tad bittersweet, but everyone was ready to be done driving around and welcomed the chance to stay in the same room for several days. Plus we had the Spiel fair to look forward to. I'll wrap up my Germany posts over the next few days with some detailed Essen reporting.