While we knew that day 5 would end in Koblenz, we weren't sure until the day before what route we would take to get there. We thought seriously about heading to the Mosel valley to visit Burg Eltz and some of the other sights along the way. But missing the chance to drive up the most scenic portion of the Rhine valley was too much to risk, so we set off for the valley to see some castles. 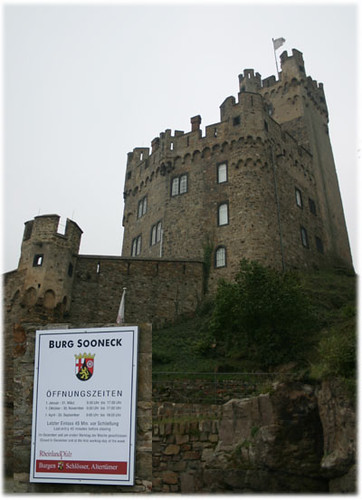 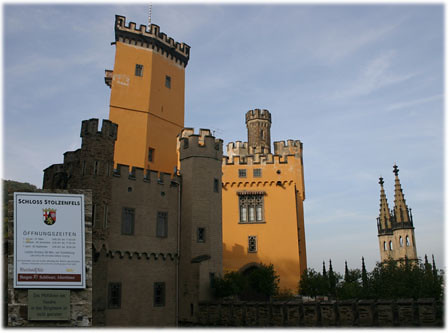 One problem: the day was Monday, and most castles appear to be closed on Monday. This meant that our day consisted of driving from one castle to the next and getting some nice photos from the outside. 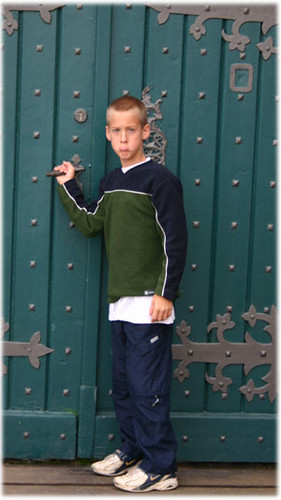 This made the boys a bit anxious (and disappointed) so we made sure to treat them with some solid playground time. 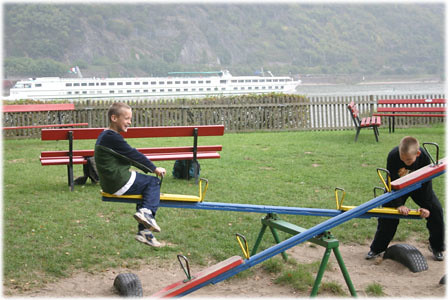 While navigating, Julie read ahead to see what other options we had to try and see something on Monday. Castle Marksburg seemed a likely bet given the prominence of the castle as a tourist destination. One problem: the castle is on the other side of the river, so this meant getting all the way to Koblenz, crossing the river, then doubling back to the south for a bit. There was still the risk of the castle being closed, so we found our hotel and checked in around 4pm and kindly asked the friendly front desk clerk to see if the castle was open and till what time. We brought our luggage to the room then checked back with him - the castle was open! But it was going to close at 5pm! Quick kids, jump in the car so we can storm the castle…

Turns out the castle was open until 6pm, but the final tour started at 5pm. We made it in plenty of time and joined a German language tour. This was Julie's favorite castle as it has the distinction of being one of the few (the only?)castles in the area to have not been sacked at some point, so it lacked the baroque or neo-classical treatments so common in the other castles that were rebuilt in the 18th and 19th centuries.

The castle is situated on a hill overlooking the Rhine and offers spectacular views. 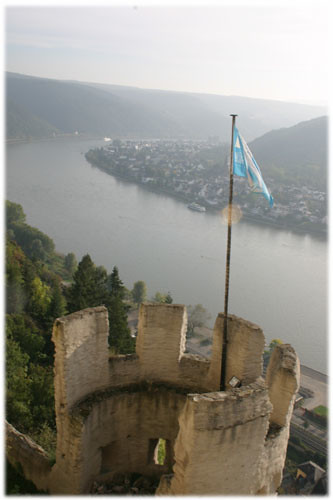 Monday night we did a walking tour of Koblenz and enjoyed the peaceful riverfront. Situated at the junction of the Rhine and the Mosel rivers is the Deutsches Eck with an imposing statue of Kaiser Wilhelm. We all enjoyed climbing to the top of the statue base and watching the sunset over the Mosel. 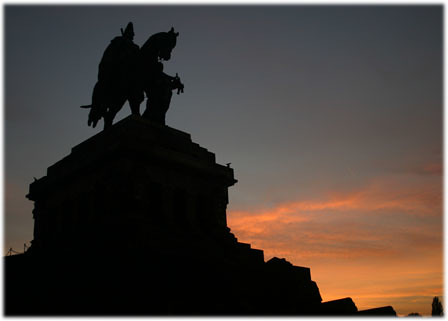 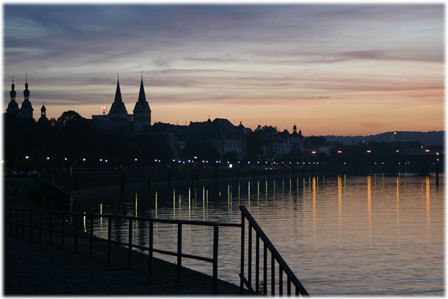 We finished the evening with a nice Italian dinner in an open air plaza. Jacob also got in a brief blogging session with the BlackBerry. 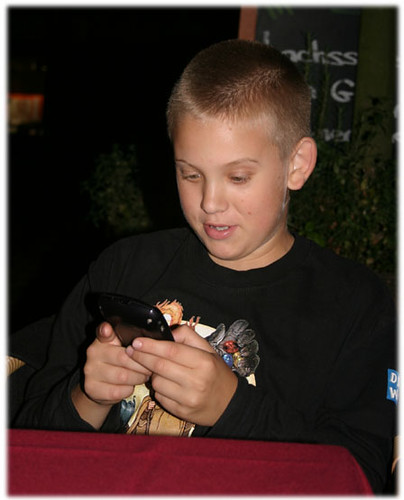 The next day would conclude the touring portion of our trip as we finish at Essen. But not before a brief stop in Koln…