Our second day in Germany began with a serious over-sleep - we didn't get out of bed until at least 9:45am. This meant we missed our free breakfast but the sleep was probably worth it - I think Julie and I each fell back asleep around 5am or so after waking up at 1am. We stopped at a small bakery on our way to Burg Hohenzollern near the small town Hechingen. This was the boys' first experience with "bees in the bakery". Didn't appear to affect the croissants very much.

Burg Hohenzollern is very striking as you approach it - a majestic castle on the peak of a hill just to the southeast of town. There was a low cloud layer that morning, almost fog, making the image all that more imposing. 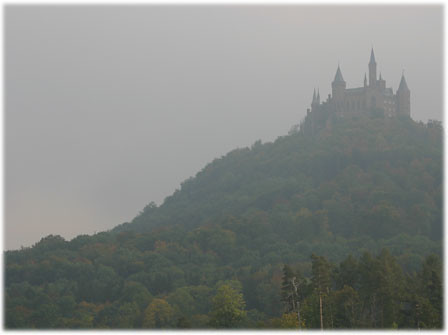 We parked our little Audi wagon down at the tourist parking and began the trek up the hill to the castle. This was a lesson we would learn throughout our trip - you earn your visits to the castles! This was a serious climb up, though the less adventurous can take a shuttle bus from the lot. The work payed off as it gave a true sense of how dominant this castle and the hill upon which it resides really is. 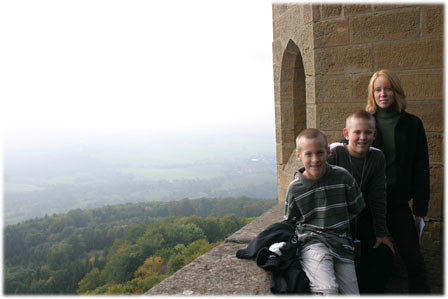 We joined a guided tour of the inside of the castle, seeing some very interesting sites and rooms. The castle as it is now was rebuilt in the late 19th century, though there are parts that persist from the 15th century. They recently opened an underground tour of some passages discovered just in the past few years - this was the highlight for us.

Given the lateness of our start that day, we had very limited time after the castle tour. Our guide book mentioned remains of a Roman villa on the outskirts of Hechingen, which was on our way back to Tubingen. Finding the villa turned out to be beyond our intuitive navigation skills; after several trips through the city (the construction detours always threw us off) we found a city map / tourist info station and finally discovered the correct route - the villa was on the western side of the town.

If Hohenzollern was 4 stars out of 5, I would give the villa two stars. There were some interesting elements, but it was a low budget affair and was really in need of some English descriptions. They are in the process of completing several renovations that look promising. One of the highlights was seeing a Roman style set of toilets. 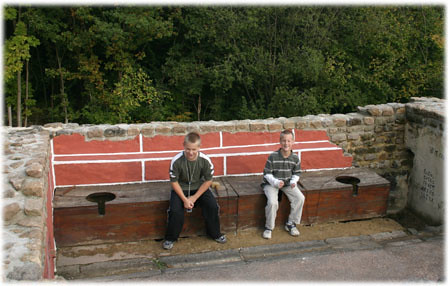 There was also an interesting statute garden, but it wasn't obvious what was genuine and what was just a replica. 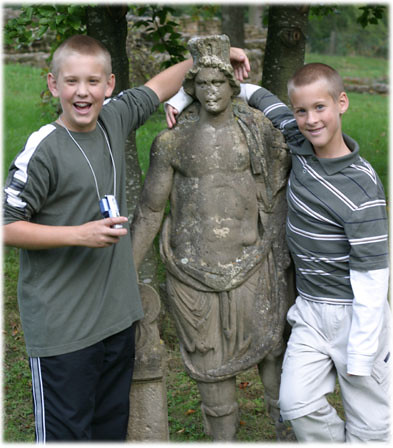 We stayed in Hechingen for dinner that evening after visiting a very cool toy store (great game selection, but no special deals worth mentioning). We had a much easier time finding our hotel the second time around, avoiding a repeat of our 30 minute European Vacation style circling of our hotel without ever finding it.

Next up: the Ludwigsburg Palace and the monastery at Maulbronn.