We finally celebrated Jacob and Matthew's respective birthdays with their friends on Sunday afternoon. The opted for a joint gameday, with each inviting 4-5 of their friends. It worked out pretty well. In case you care, here's how we scheduled out the afternoon:

All of the older kids were very much into the games and had a blast. There were 6 of them so I had to choose games with very little downtime to keep everyone interested. Matthew's group was hit and miss - two of the kids are still lacking some of the attention span required to play games like this, but one of them was a surprise and latched right onto them (and will likely get an invite back from Matthew real soon). 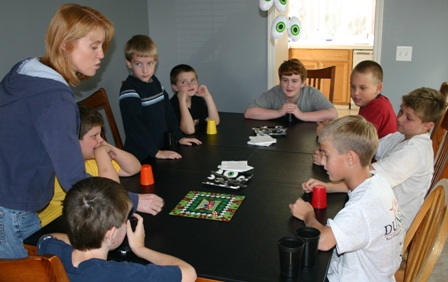 Liar's Dice for the opening. 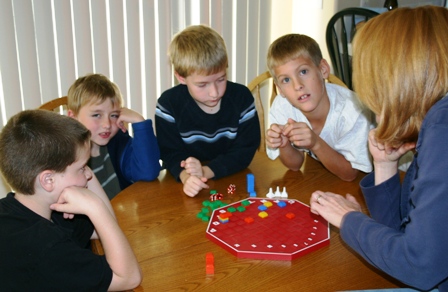 The young uns playing Can't Stop. This would be a great game to bring into the classroom for math labs. 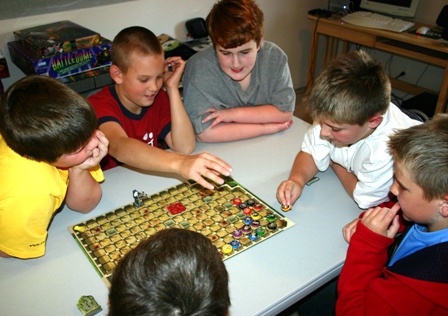 Some Finstere Flure action. Evan escaped the dungeon first with two of his characters. 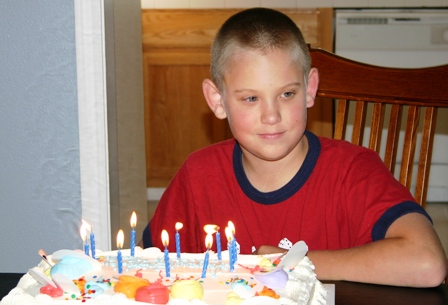 Jacob and the mandatory Costo cake. 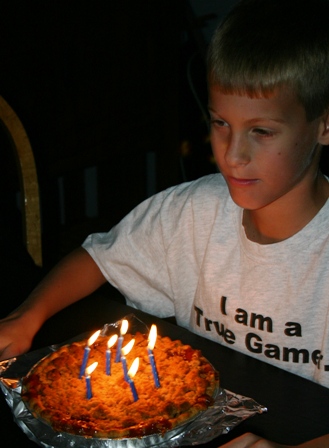 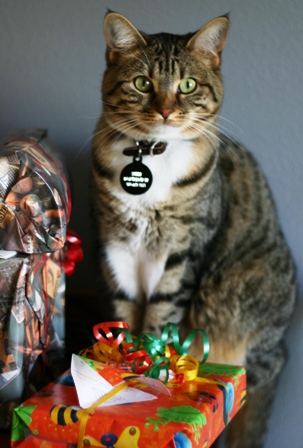