After another long week of travel, I was determined to spend as many waking hours over the weekend with Julie, Jacob, and Matthew. On Saturday, Julie and Jacob had a Cub Scout outing for the morning and early afternoon. Matthew and I did some Christmas shopping, had lunch and Matthew's favorite fast food joint (Arby's), then came home for some fun one-on-one time. We opened up the game closet to see what we should play - we both agreed that Battlecards would be a great two-player game to idle away the afternoon.

I own each of the expansions for this game except for the newly released North African Campaign. I wrote a review of the first product back in March. 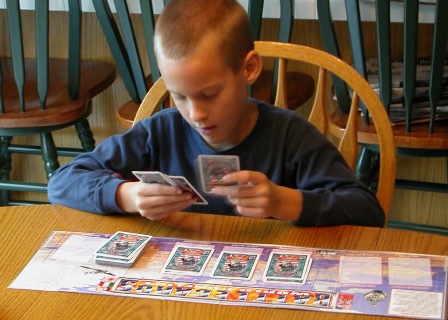 This game was very one-sided, with me on top for the entire game. In fact, we didn't even finish the game since it was clear I would prevail. The Pacific expansion is different in that most of the battles have Pearl Harbor as a pre- requisite. This potentially leads to quite a bit of buildup before the first battle. Unfortunately for Matthew, I drew most of the military buildup cards. This just shouldn't happen - there's a decent distribution of these cards, so I don't think this is a flaw in the game.

Jacob arrived and saw the tail end of my game with Matthew, so we went to battle on the eastern front. Similar result this time - I ended up winning every battle and achieving the victory condition of > 1/2 available victory points. Even though these games were one-sided, I still really enjoy playing this game. 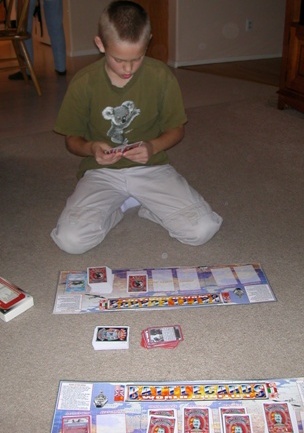 Julie, Matthew, and I played an abbreviated game of Can't Stop before bed time. This has become one our light favorites - very often when I come home from work I learn that Julie has played this with the boys after coming home from school. I won with an amazing string of high rolls on the 10 and 11 tracks. 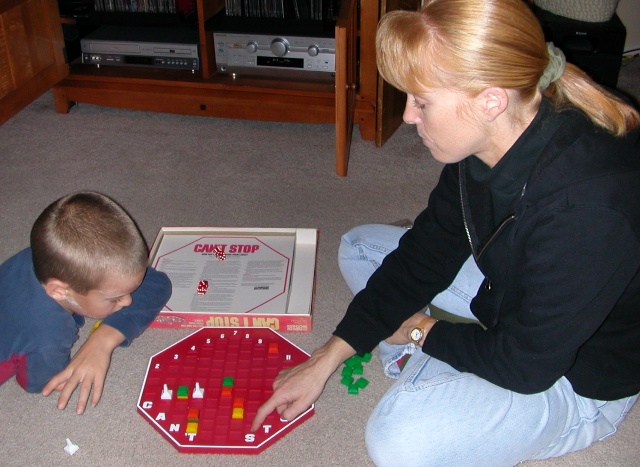