Julie and I played the newish Trails game, from the same designer as the beautiful Parks. 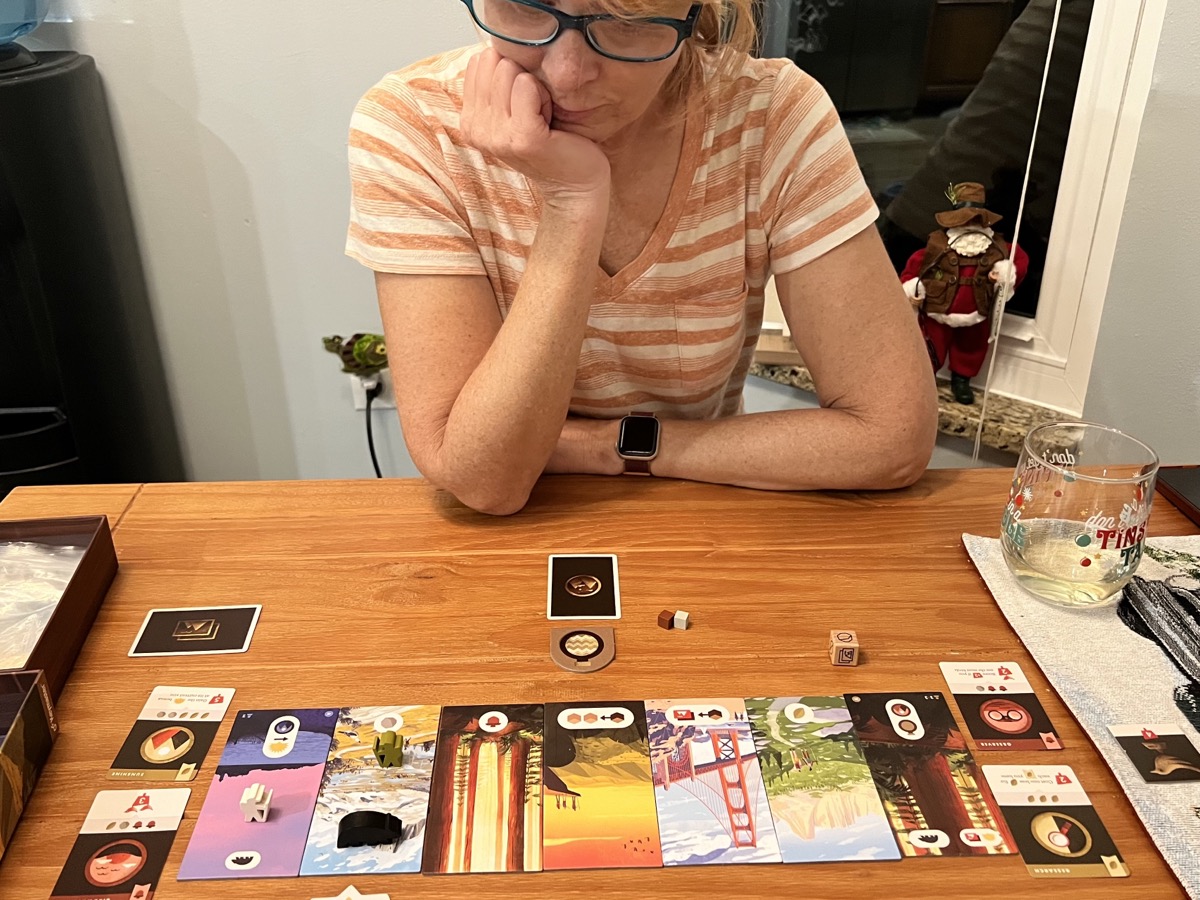 There’s similarity in the two games. You have hikers, moving along a trail (generally choosing how far you want them to move) collecting resources that you cash in for stuff that gives you victory points. In Parks you claim park visits; in Trails you claim badges.

Our first game took an hour, longer than it should have been. I kept having to reference the rules on the “Sun Track” which is poorly explained in the rules.

What we love about Parks is the amazing art work, the bits, the lovely organizer, and a pretty good game. I don’t like it with more than two because it draaags on. Trails lacks the beauty and creativity in physical design, but it might be a better game. Especially with more players - I get the feeling it scales a bit better and won’t turn into a 60-90 minute game with three or four players. With only two players though I prefer the beauty of Parks.