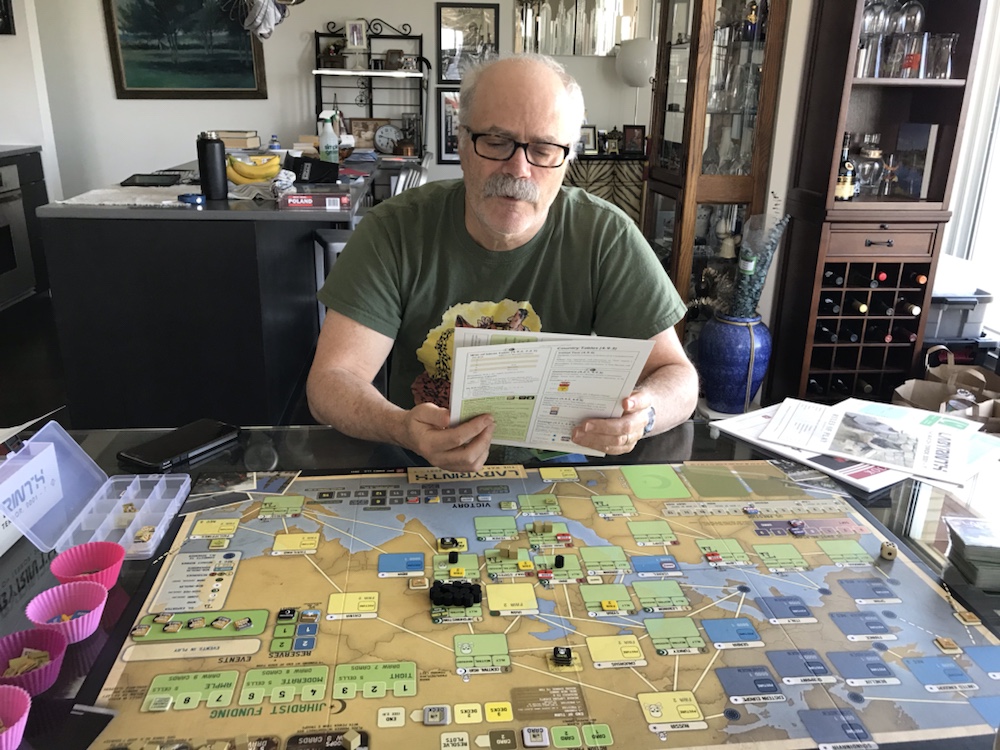 Allen and I both had the same idea coming away from GMT West - seeing Labyrinth played made us both long to get it back on the table. This game opened the door for the COIN series of games, providing a truly asymmetric two player gaming experience focused on the American war on terror beginning 2001. I had played two or three times before (with Jacob and Matthew I think) but never focused enough on the game to 1/ get a solid grasp on rules and 2/ understand even basic strategies for the two sides. 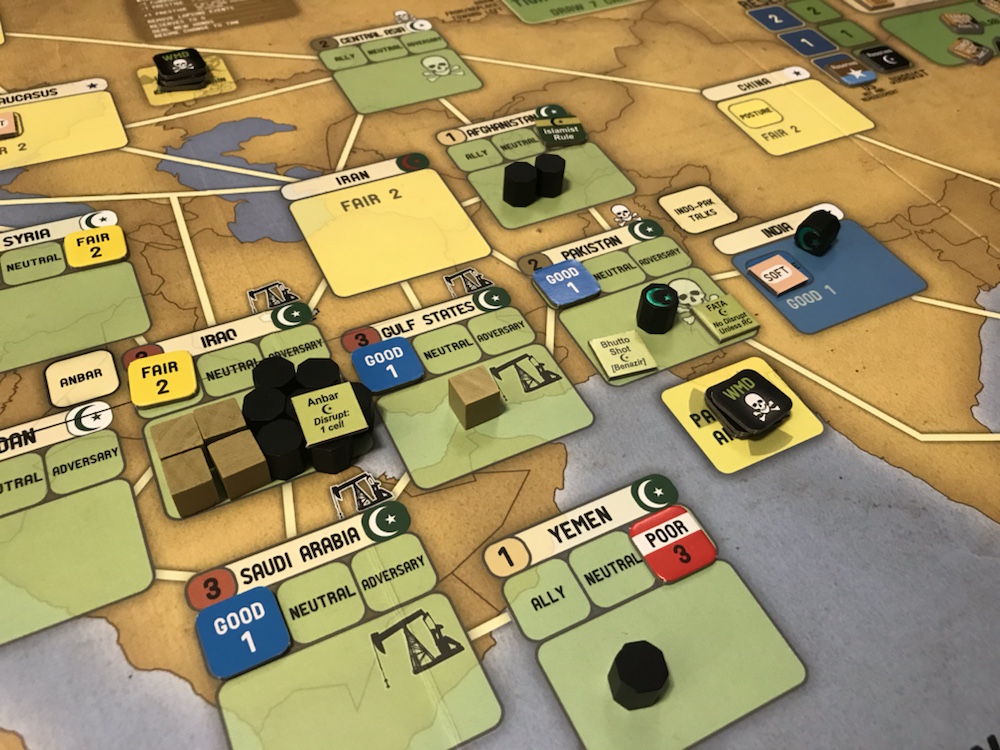 Allen and I played face to face last week, I took Jihadists and he the Americans. I pulled off the win, with both of us learning that an early regime change for the USA can result in a serious quagmire.

Then we each played a solo game, using the enhanced boys that came with the Awakening expansion. Seeing the boys play is a great human training approach, with limitations of course.

We played again face to face the day before I left Oregon, switching sides. I was the benefactor of some good die rolls and an American focus on good relations in the central middle east paid off for the win.