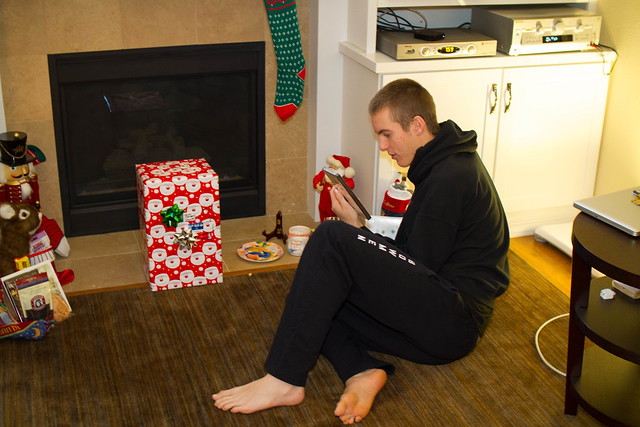 So far it has been a wonderful family Christmas with much gift giving and cats rising and crashing on catnip. The morning started with an unusual early waking by the boys at 8:00am and revealing of the stockings. Socks, candy, and a (professional) Belgian waffle maker were the highlights. More photos on my Flickr set. 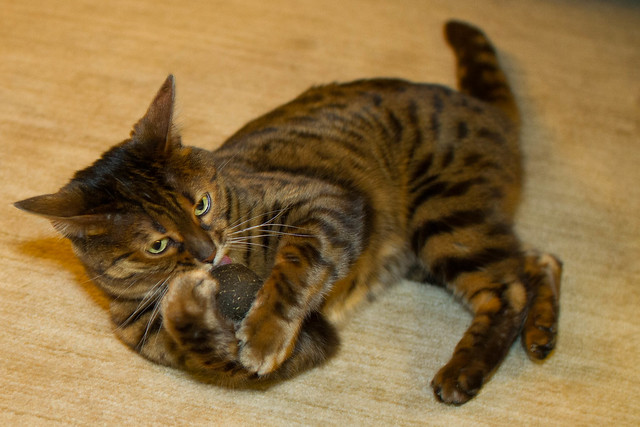 We gave the cats some super-concentrated black tar catnip ball that resulted in a crazy Christmas show by the cats. They were fighting over access to the ball and Gabby ended up rolling around with it for five minutes licking it non-stop. 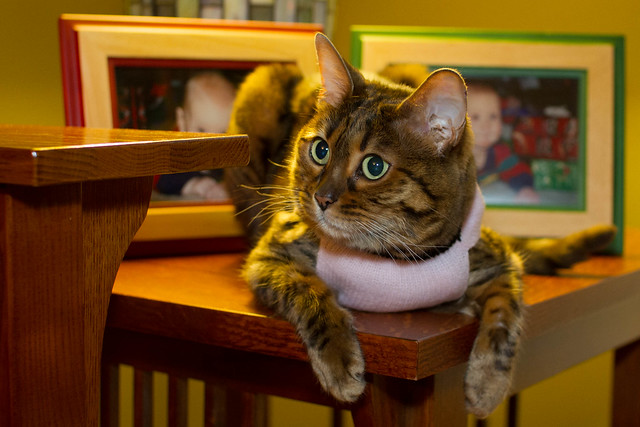 The result was almost a trance-like state for both cats. Maybe the new kitty sweaters were also restricting blood-flow to their heads. Either way it had us all laughing. Julie made up waffles for all of us with tasty fruit topping. 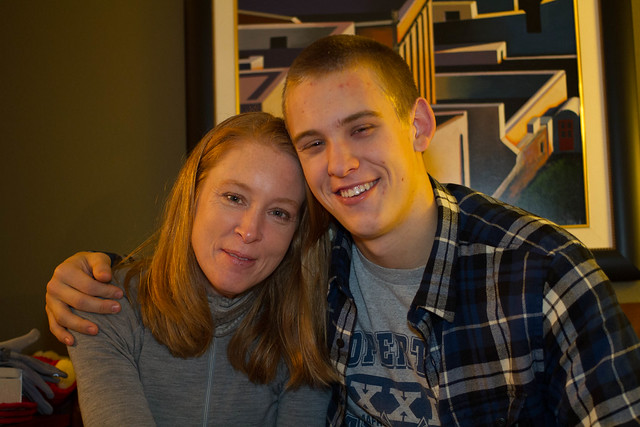 One of my stocking gifts for Julie was four tickets to the first showing of Les Misérables here in Sherwood so we are off to the show! Later tonight will be a tasty Christmas dinner with our close friends the Alleys. Merry Christmas y'all!