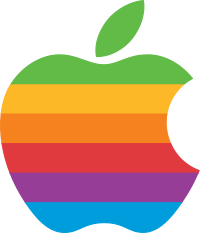 I can't fully explain the impact Steve Jobs had on my life, but I can at least share a chronology of memories directly linked to his creations.

I remember first learning that my friend Mike was getting an Apple II computer when we were in the 6th or 7th grade and being extremely jealous. I made it clear to him that he'd need someone who knew how to program in BASIC to help him operate it (that being me of course). I remember scrambling to learn BASIC so I could prove my worth.

I remember spending late nights at Mike's house playing Wizardry and Olympic Decathlon, then staying up even later after Mike went to sleep learning how to "enter the monitor" with Call -151 and start programming 6502 assembler language.

I remember encountering my first Macintosh as a sophomore in high school in 1984 and using it alongside a PDP-11. It was clear that the world was changing.

I left the Mac world for at least 15 years, but I remember coming back in a flurry in 2007 with a MacBook Pro, an iPhone, and an iMac. Since then the Apple virus has consumed our household and we are better off for it. Steve Jobs -- you will be dearly missed.