I'm obsessed with Fields of Fire, and I've only played 1/5 of a full scenario. When I say obsessed, I mean I keep thinking about how much I want to play this game. Finding the time to play it is another matter...

Adding to the obsession was the past week re-watching the Band of Brothers series with the family. That was my fourth or fifth time through the series and it never gets old. Did you know that The Pacific is due out later this year?

After two failed starts trying to learn the game on my own, I coaxed Doug into a visit to teach a few of us how to play. Mike and Jesse joined me to learn the game with two concurrent solitaire sessions. Doug did a great detailed write-up on the teaching session, and you should also check out his 3-part series in ramping up with the game:

Allow me to walk you through some photos and some of the basics of the game. The initial setup or a scenario is randomized primarily through the map configuration, which consists of a 2D array of terrain cards. In the initial WWII scenario you have three platoons (along with company-level assets) charged with taking primary and secondary objectives. You choose the objectives based on the scenario guidelines. 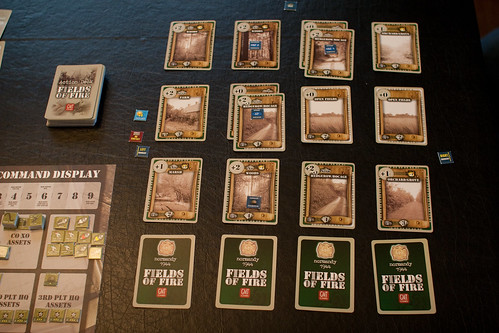 The game sequence is complex, and made no easier due to the much maligned ruleset for the game. Read Doug's overviews if you want to go deeper, but I'll provide a brief abstract here: 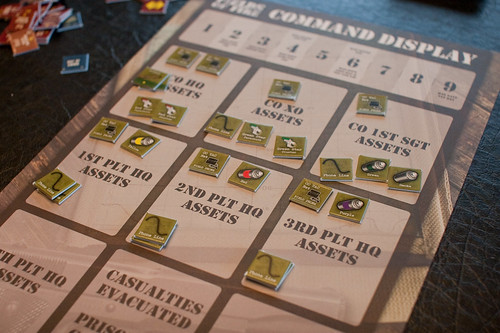 I didn't get far enough into the game to really grok smoke signals, pyrotechnics, and casualty collection. I did get far enough into it to see the elegance and creativity in this game. Kudos to the designer, and shame on the developer (and designer) for the poor rules - get this fixed! This is too good a game to be left on the shelf. 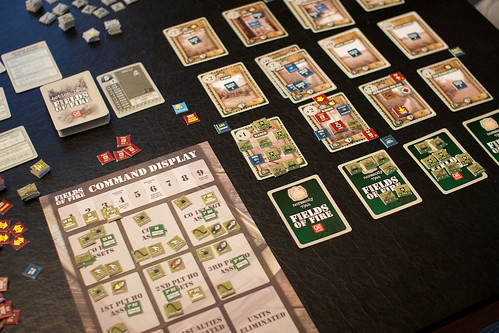 Thanks so much to Doug for helping a few of us get over the initial learning curve. I hope to bring this out to Salishan over spring break and get a few scenarios into it, maybe with Jacob's help. 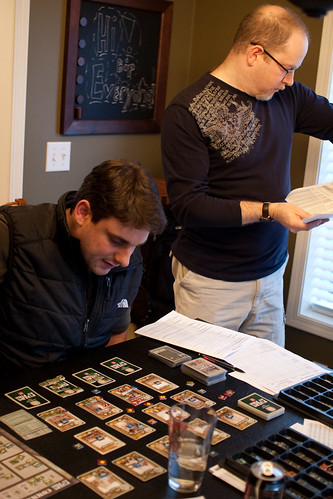