I managed to make a mid-week gaming session at Mike's, a rare occurrence these days. It turned out to be a nice crowd - we were expecting six but George was delayed at work. We didn't know this when the evening started, so we stalled for a bit with a game of 6 Nimmt. A great opener, some day maybe I'll be able to figure how to play it well. Or maybe I'm just taking the game a bit too seriously. I think Mike and Carey finished tied for low (winning) score. 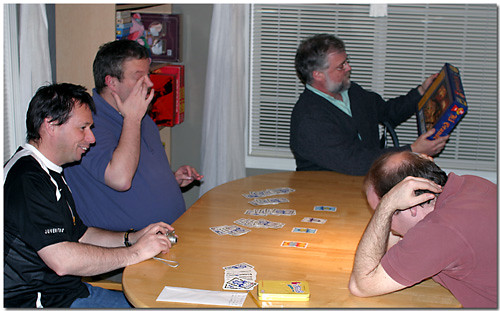 By now it was close to 8:00pm so we elected to start a five player game without George - El Grande was the natural choice. This would be my third play - my first happening in Arizona, second in Israel. 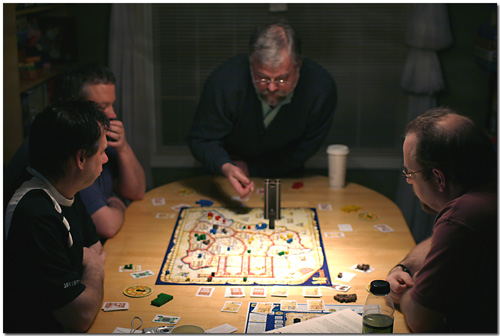 Turns out Tim is quite the El Grande shark. This was one of the first games that launched him heavily into the Euro scene back in the mid 90s, and he clearly has a mastery of the game. His decisions were often quick and decisive, while I pondered sub-par and mediocre moves. 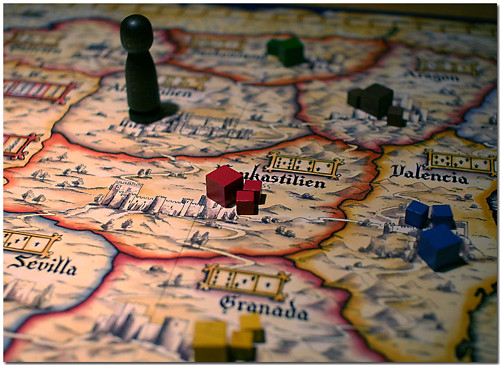 Doug made a surprising comeback, getting much closer to Tim by the end than anyone anticipated. I finished a distant third with Carey and Mike behind me.

Thanks Mike for hosting. Tonight was exceptionally enjoyable because of the company and dialog. I also got a great glimpse into what Doug's life was like in the mid 80s.