I've been traveling too much - only two days at home between trips this time. I'm back on the road again, this time in New Orleans for our big annual conference: the BAI Retail Delivery show. On Friday night I was able to engage the boys in a few games. Jacob and I played the new Risk game: Lord of the Rings: Risk, Trilogy Edition, and Matthew and I played Balloon Cup. On Saturday, Jacob, Matthew, Ken, and I ventured down to Corvallis to watch the Oregon State Beavers dominate the Stanford Cardinal in football. Rarely have I seen such a one-sided event - it rained most of the game, but we were mostly oblivious given the dominance of OSU.

I haven't played any of the prior Risk variants, so I have no basis for comparison. I can say that this version is much better than the original game of Risk. 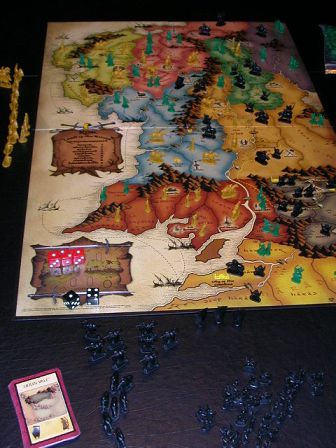 Yes, it is still a dice fest, but there are several reasons why I think this game is better: 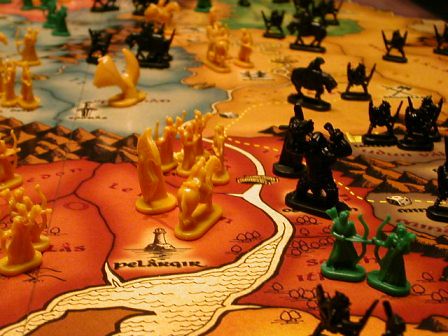 I hadn't played risk in probably 15 years, but I could still remember some of the basic strategies. I think my recent play of Wallenstein helped. I quickly gained control of several regions, accelerating my reinforcement each turn. Just like in the original Risk, there is a bit of a runaway leader problem - Jacob was without hope once I controlled 3 regions. 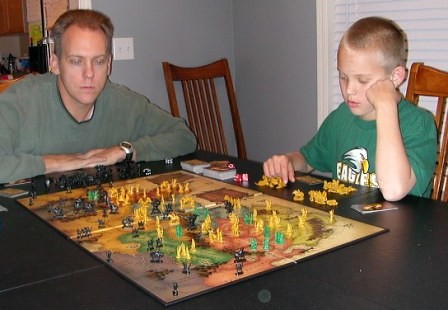 Eventually Jacob conceded- it was only a short matter of time before I would overrun the Fellowship. I'm anxious to play a 4-player team version.

This is one of my favorite 2-player games. Matthew and I squared up for what was probably our 5th head-to-head game of this new classic by Stephen Glenn. 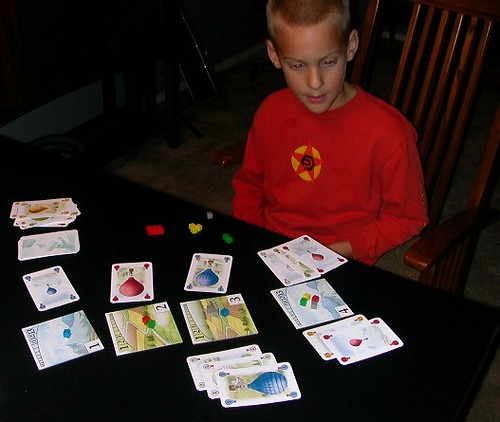 This was a very close game - it came down to a competition for the final grey trophy, and the outcome was solely dependent on who would draw the first grey card, and what the number turned out. Matthew turned up a mid grey card, giving him the victory on the final race and granting him the grey trophy. Have I mentioned before how lucky this kid is?