I was able to have dinner last night with two of my oldest (they're not old, but you know what I mean) friends: Mike and Becky Sattin. Becky's new husband Bob also joined us. Mike and I first met back in the 1978 or 1979 timeframe, and immediately found we had a lot of common interests. At that point in our lives, we were most interested in playing new computer games on his Apple II computer (Wizardry, Olympic Decathlon, Castle Wolfenstein) and sports simulation board games by APBA. And we often spent some late nights at his house playing Dungeons and Dragons.

I moved away from Indianapolis in 1982 to Albuquerque, then Omaha. In 1985 I moved back to Indianapolis and finished high school where I had started (North Central HS). During the move transition from Omaha back to Indy, I lived with Mike and his parents. I'm forever grateful for the hospitality they showed me during that challenging time. Becky was away at college at Washington University, and she was one of the key influences that led me to attend there. While I was living away from Indy, Mike managed to become a very accomplished local musician - his living room was full of guitars, drums, keyboards, and other equipment for his band. You can listen to some his early music with the band Avanti right here at MP3.com.

Mike moved to Los Angeles around 1987 to follow his muse and take a shot at the music scene there. We've stayed in touch over the years, and when I lived in LA briefly in the early 90s I was able to see him play often, I think with the band Ptexas Pteradactyls. He has been involved in a number of bands since then - Superfly Connection and Captain Pants to name a few.

Mike has a number of projects going on right now - he did his own take on White Stripes and is involved with the band Chromosome Tea. He also works with Little Dawnee Frinta. 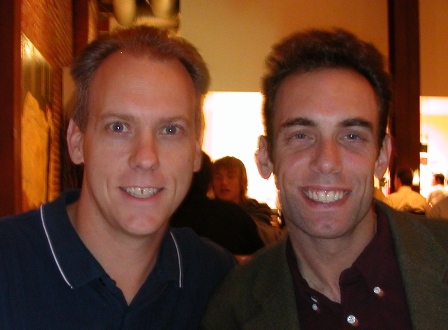