I flew into LA late last night from Portland for the Microsoft PDC conference. My outbound flight was
delayed due to slowdowns in the LA area from the fires, and I didn't get into
LAX until around 1:30am. The night-time descent through the valley and into LA
was surreal - we could see the glow from the Simi Valley fires, and the smoke
permeated the cabin so much that my eyes watered. I'm glad I'll be spending
most of my time indoors here - the outside world is hazy and the smell of
smoke and ash is pervasive.

I lived in LA for a short while back in the early 90s, and one distinct memory
of the place is a sequence of one natural disaster after another. This is a
hardluck state. 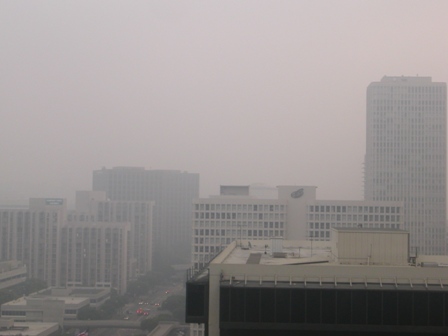