I recently borrowed 18FL from Eric Landes to try another easier 2-player 18xx game with Jacob. We played a couple of weekends ago, again with good results, but it is clearly time to move onto some multiplayer 18xx. Playing with two players (especially as nice as we play) does drag a bit towards the end-game - we felt as if we were on autopilot and stopped a turn short with the bank nearly out of money but not quite. 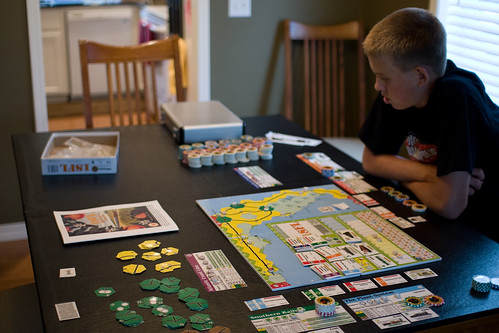 Jacob played the southern tier primarily, building the line to Cuba knowing it would get wiped out, then building it again in the final phase. When I say we played nice, I mean real nice - nobody tokened out Ft. Lauderdale or Miami, allowing the northern lines to run freely to Cuba. 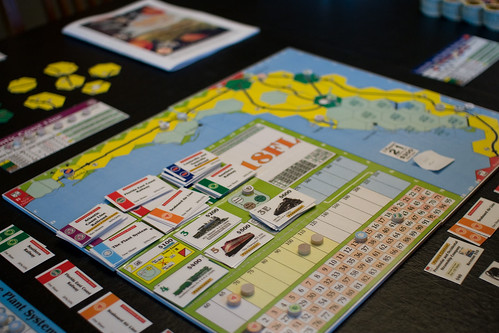