I abandoned Julie in St. Louis (I have a habit of doing that) and flew to Israel via Washington DC and Frankfurt on Sunday, arriving at Ben Gurion on Monday mid day. We are staying in Herzilya just up the Mediterranean coast from Tel Aviv, about 500 yards from the hotel I stayed at last time I was here. This one is quite a bit nicer though not up to even the most basic western standards. Understandable as this country is often pre-occupied with other more important matters. 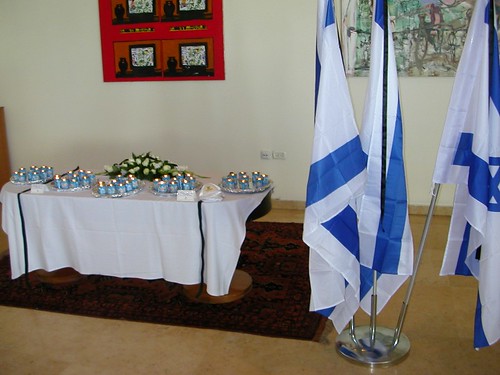 Today (starting yesterday at sundown) was a national day of remembrance for the holocaust victims of World War II. It was touching to reflect on the events that so greatly impacted all of us and so hurt the Jewish nation. I've personally visited two former concentration camps (Dachau and Mathausen) and it should be a required side trip for any European vacation. We can't forget the attrocities and it pains me to think that there are those that continue to deny the magnitude or even the reality of the events that transpired just a brief 60-65 years ago.

The weather here is surprisingly like it was when I left Portland about a week ago - mid 70s with a mix of sun and clouds. The sea is churning with lots of surfing and kayaking activity in the surf. 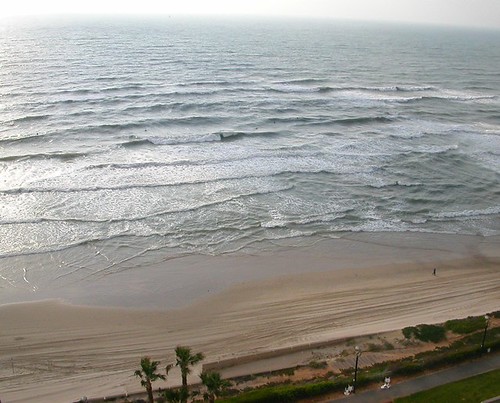 It's looking like we'll get some brief time for tourism activities on Friday, perhaps allowing a trip to Jaffa or some interesting sites in Tel Aviv. Unfortunately I don't think we'll be able to make it to Jerusalem this time to visit Yehuda. We have a very early flight out Saturday morning at 5:30am, requiring that we be at the airport by 3:30am. Maybe we should skip sleep altogether.

Went for a run this morning (it is common to wake up very early the first morning after traveling 9 timezones to the east) and enjoyed the suburban community. Even happened by the American embassy, situated right on the coast. I don't know if it is the embassy here (I suspect it is in Jerusalem) but this was definitely a significant presence. 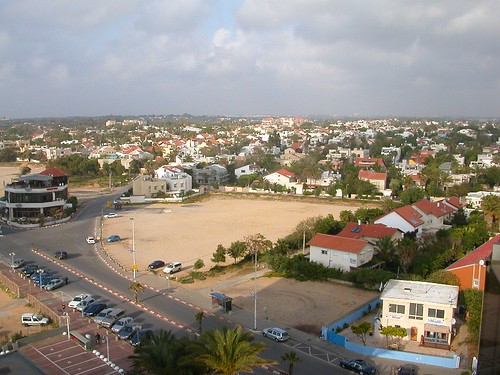