We safely made it to Beijing today, arriving about 7am after a restless redeye from Singapore. Given the choice between catching up on some sleep and seeing a few sights before our 2pm meeting, we chose to head to Tiananmen Square and the Forbidden City. Our rooms weren't ready in any case, so this was an easy decision. 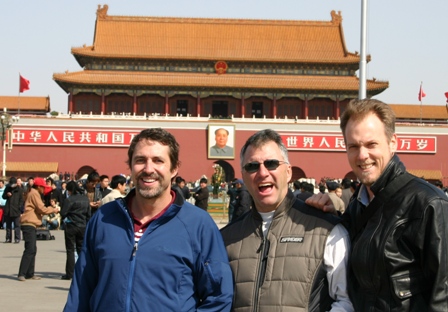 There's a lot to say about Beijing - more than I have time to write tonight. A few random thoughts are in order though:

Tomorrow is all-day business meetings, and I'm staying through Saturday to allow time to see the great wall.