I was able to stay awake late enough tonight to join the Arizona Boardgamers at Gamer's Edge in Chandler. It was a fun, welcoming
crowd and I look forward to seeing some of them again tomorrow. I'll give a
quick rundown of the games with some pictures.

My first play of this game, and I enjoyed it very much. Players are tycoons
jetting from major city to city to build hotels, factories, gaining money in a
number of ways: 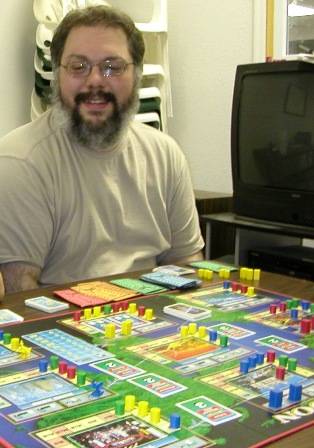 Hotels are worth more in some cities than in others. One interesting mechanic
- the more built out a city gets, the more money the leaders in that city get,
up to a point at which their value degrades (over-crowding I suppose). Fun
game - it flowed quickly and had a diversity of methods to score. 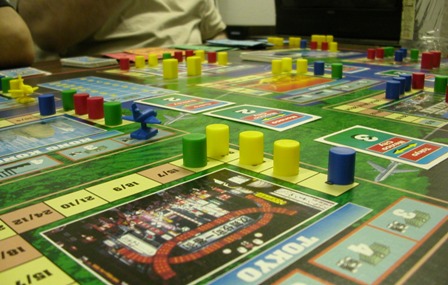 Steve, Jason, and someone else that left early played Java. I don't think they
finished the game, but I think Steve was in the lead when they had to stop. 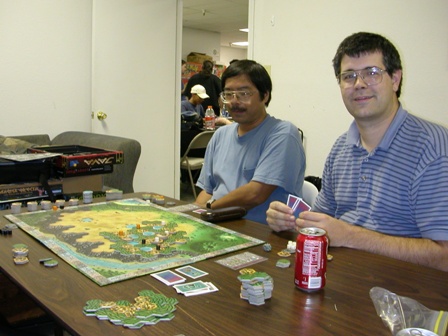 There were six of us left at this point, so we split into two groups of three.
Jason, Steve, and I decided to play New England. This one surprised me - I
enjoyed it and look forward to playing it again. I started developing quickly
and raced to a substantial lead, but Steve's plan to build an early income
source by choosing villagers and using his cash to develop valuable properties
in the mid- and end-game. Steve won, with Jason and I finishing very close. 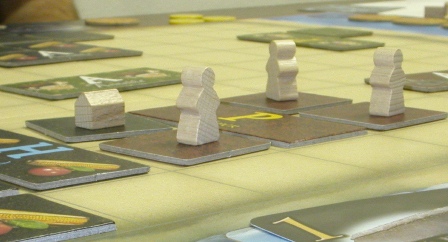 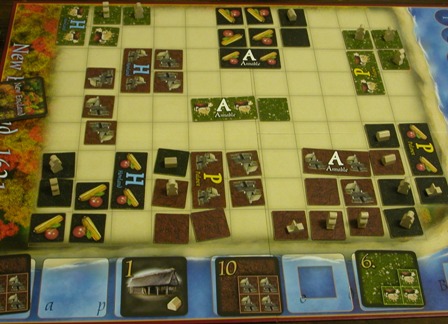 Junior, Jeff, and Rob played this game, which I had never seen before tonight.
The board reminds me of
Wallenstein, and Rob
Smolka even referred to it as "Wallenstein Lite". I left before the game
finished, but they looked like they were enjoying themselves. 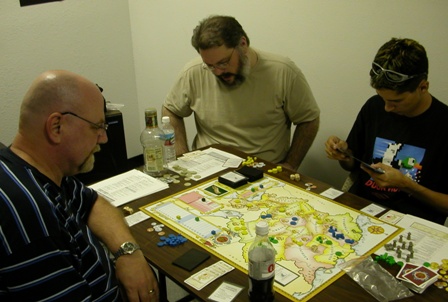